Carcinosarcoma of the Uterus: an Elusive Diagnosis

Introduction: Carcinosarcoma or Malignant Mixed Mullerian Tumor (MMMT) of the uterus is a rare malignant tumor
comprising both carcinomatous and sarcomatous components. Worldwide it accounts for two to five percentages
of all uterine malignancies. However, there is a paucity of reports in Nepalese literature.
Case report: A 62 years postmenopausal woman with diabetes and hypertension presented with urinary
symptoms for two months and passage of fleshy mass per vagina for two days. Ultrasound was inconclusive,
whereas, Magnetic Resonance Imaging (MRI) showed an endo-cervical mass. Pre-operative biopsy of the mass
suggested leiomyosarcoma. Abdominal hysterectomy with bilateral salpingo-oophorectomy and pelvic and
para-aortic lymphadenectomy was performed. Per-operatively, an atrophic uterus, a dimple in the fundus, and
ballooning of the lower uterine segment and vagina were noted. The cut section showed an exophytic polypoidal
mass with base in the fundus. Histopathology revealed Stage IA carcinosarcoma with aggressive mitotic figures.
Immunohistochemistry confirmed the diagnosis of carcinosarcoma with a heterologous rhabdomyosarcomatous
component. Adjuvant chemotherapy and radiation therapy was advised.
Conclusion: The preoperative diagnosis of carcinosarcoma or MMMT was difficult and might be missed on biopsy
as well. Owing to its aggressive nature and higher rates of post-surgical recurrence, carcinosarcoma accounts for
around one-fifth of deaths due to uterine malignancies. Surgery is the primary treatment modality, yet much study
is needed before evidence-based adjuvant management for improving its outcome is established. 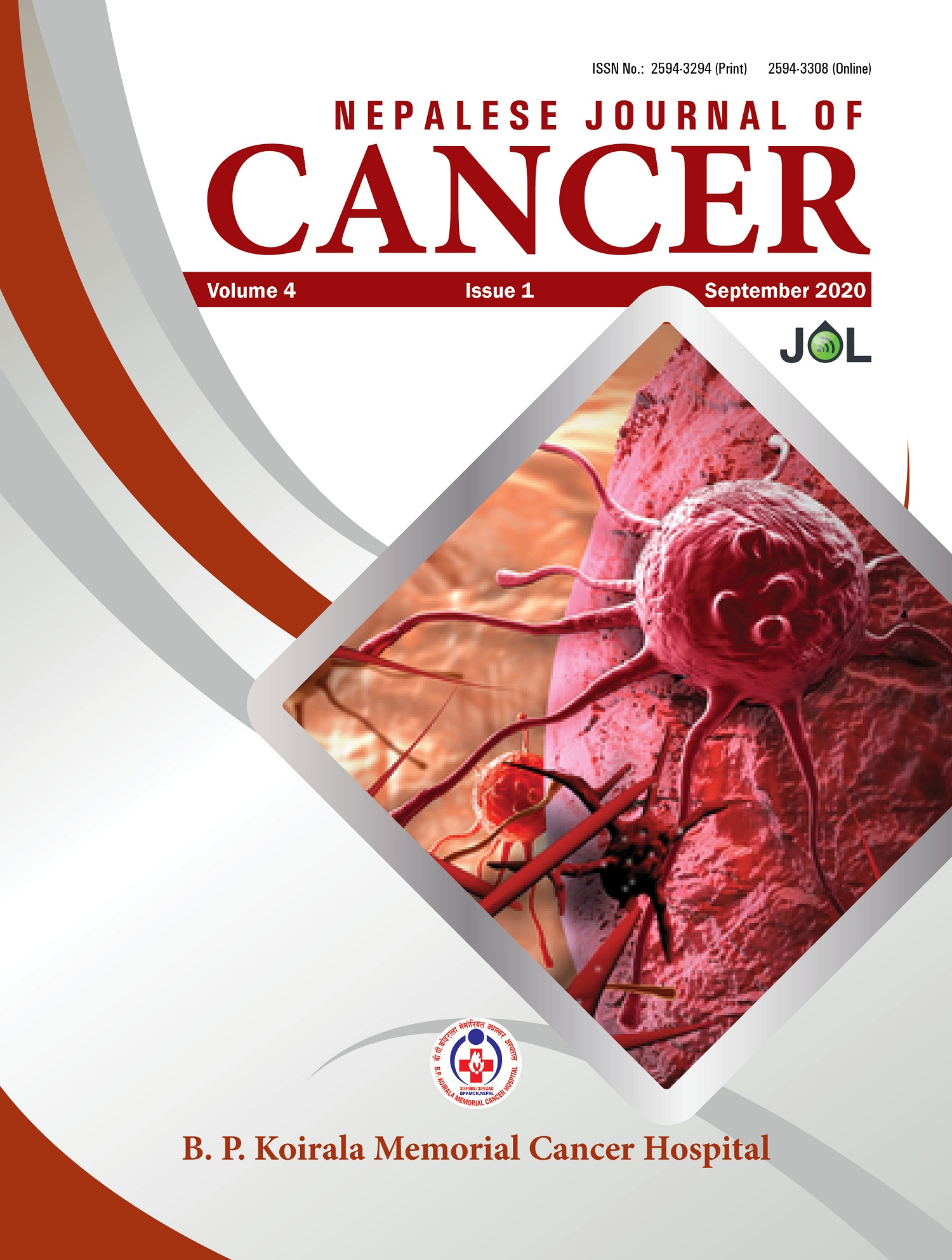