Introduction
Colorectal cancer (CRC) is common with wide variation in incidence. However, the incidence in younger adults is showing an increasing trend with rectal preponderance. Such cases appear to present in advanced stage with poorly differentiated histopathology and the trend is stronger in developing countries. The aim of the study was to compare the MLH1 and in matched mucosa and tumor samples obtained from the large gut of Nepalese and Swedish patients with CRC.

Methods
Patients diagnosed and operated for CRC at Tribhuvan University Teaching Hospital, Nepal (n=39) matched for age with those operated at Sahlgrenska University Hospital, Sweden (n=39) were included in the study. Demographics and clinicopathological data were compared. The tissue methylation status was compared in the Nepalese and Swedish populations and correlated to clinicopathological data.

Results
There were 56% men and 44% women in the study. Their mean age was 53 years with a range of 20 to 78 years. Colon cancer amounted to 70% and 60% in the Nepalese and Swedish patients respectively and the majority of lesions were on the right colon. The colorectal cancer was commonly of stage III (52% and 38%) in the Nepalese and Swedish group respectively. Most of the tumors were well differentiated (41%) in the Nepalese population where as in Swedish patients it the differentiation was medium to low (52% and 11%). Methylation of MLH gene, in different CpG sites, when analyzed independently, showed that in about 18-20% of the cases, the degree of methylation is significantly higher in tumor tissue as compared to sites at least 10 cm away from the lesion.

Conclusion
Colon cancer is more common in men in Nepal with predominantly more on the right colon. Most of them present in advanced stage with higher MLH1 methylation. 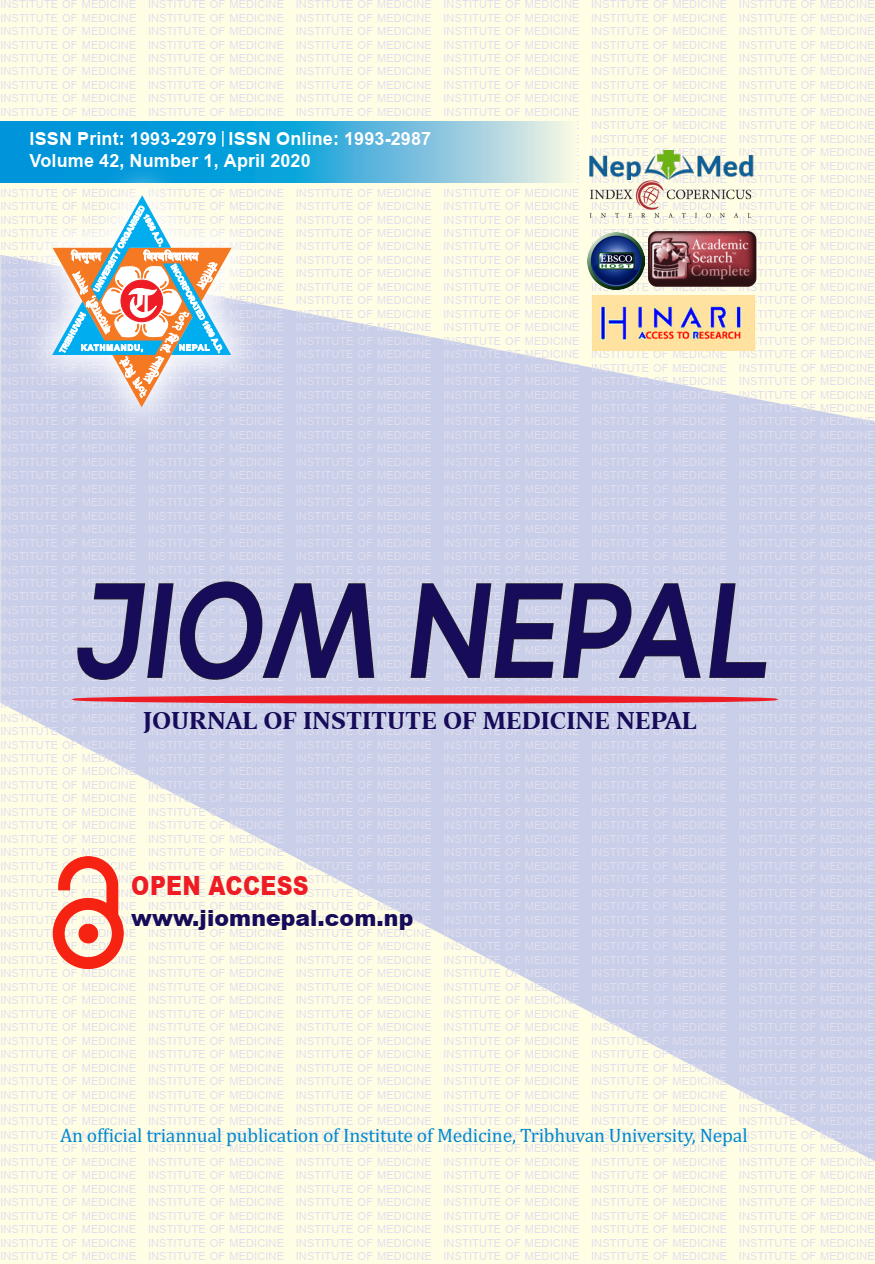 Published
2020-04-30
How to Cite
Ghimire, B. (2020). Comparison of Nepalese and Swedish Patients with Colorectal Cancer Regarding Tumor Suppressor Methylation in Tumor and Mucosa Samples. Journal of Institute of Medicine Nepal (JIOM Nepal), 42(1), 73. Retrieved from http://nepmed.nhrc.gov.np/index.php/jiomn/article/view/829
Download Citation
Issue
Vol 42 No 1 (2020)
Section
Abstracts from BTF-ICC 2020